© All rights reserved
–
We love and support Indexhibit

Colour-coded version of the book, in answer to question n°16 of The Nabokov Paper: Alliteration: follow the adventures of a letter through any passage that has particularly pleased you. 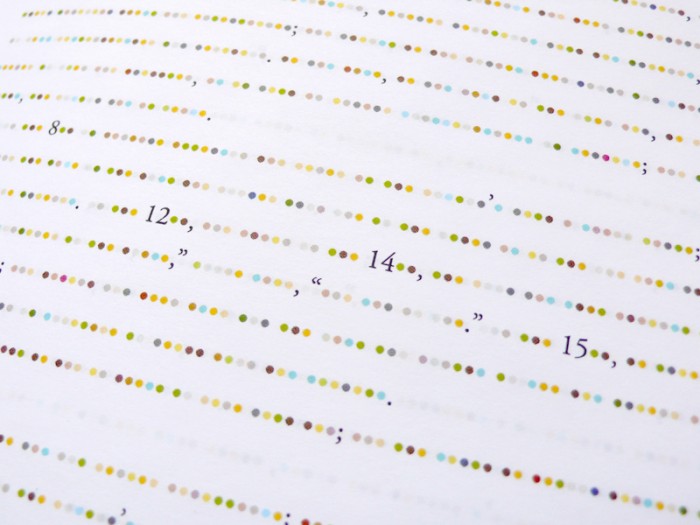 Literature is written by and for two senses: a sort of internal ear, quick to perceive “unheard melodies”; and the eye, which directs the pen and deciphers the printed phrase […] And let me add as a reader, the internal eye visualizes its color and its meaning.”
(Vladimir Nabokov, Lectures on Literature, 1980, p. 191fn)

… I present a fine case of colored hearing. Perhaps “hearing” is not quite accurate, since the color sensations seem to be produced by the very act of my orally forming a given letter while I imagine its outline. The long a of the English alphabet (and it is this alphabet I have in mind farther on unless otherwise stated) has for me the tint of weathered wood, but the French a evokes polished ebony. This black group also includes hard g (vulcanized rubber) and r (a sooty rag being ripped). Oatmeal n, noodle-limp l, and the ivory-backed hand mirror of o take care of the whites. I am puzzled by my French on which I see as the brimming tension-surface of alcohol in a small glass. Passing on to the blue group, there is steely x, thundercloud z, and huckleberry k. Since a subtle interaction exists between sound and shape, I see q as browner than k, while s is not the light blue of c, but a curious mixture of azure and mother-of-pearl. Adjacent tints do not merge, and dipthongs do not have special colors unless represented by a single character in some other language (thus the fluffy-gray, three-stemmed Russian letter that stands for sh, a letter as old as the rushes of the Nile, influences its English representation).

I hasten to complete this list before I am interrupted. In the green group, there are alder-leaf f, the unripe apple of p, and pistachio t. Dull green, combined somehow with violet, is the best I can do for w. The yellows comprise various e’s and i’s, creamy d, bright-golden y, and u, whose alphabetical value I can express only by “brassy with an olive sheen.” In the brown group, there are the rich rubbery tone of soft g, paler j, and the drab shoelace of h. Finally, among the reds, b has the tone called burnt sienna by painters, m is a fold of pink flannel, and today I have at last perfectly matched v with “Rose Quartz” in Maerz and Paul’s Dictionary of Color. The word for rainbow, a primary, but decidedly muddy, rainbow is in my private language the hardly pronouncable: kzspygv.”
(Vladimir Nabokov, Speak, Memory, 1951) 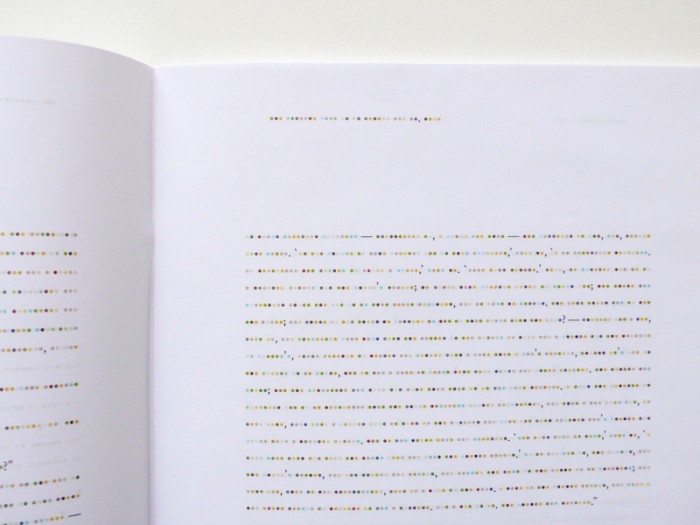 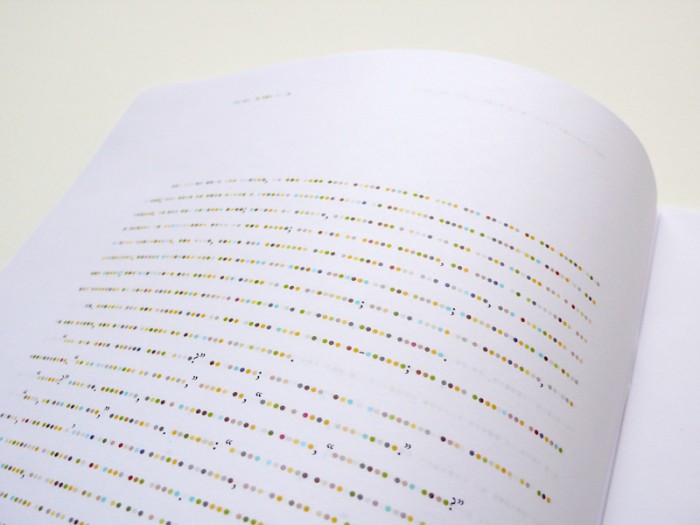